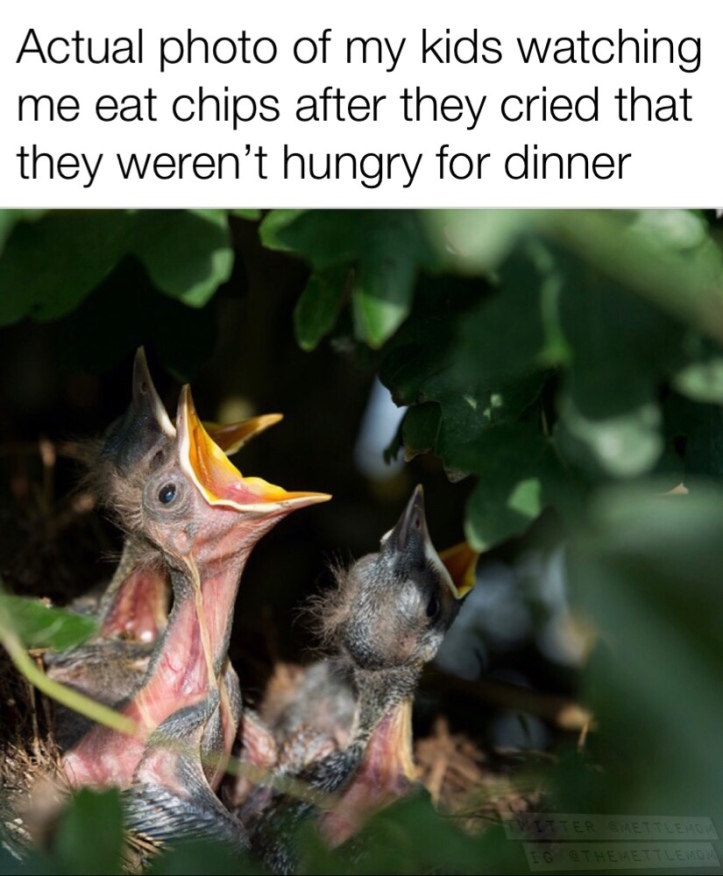 There was a time when we were six under one roof. The task of cooking meals for that many people generally landed on my lap. This was before Uber Eats, Door Dash, and Grub Hub. God, I would have given my left tit…no, both tits…for those food delivery services “back in the day.”

If you think cooking for one child is an impossible task, try cooking for four…and a spouse. There was always a phase.

I’ll only eat macaroni and cheese.

I’m trying to bulk up for football.

We’re all tired of your breaded chicken/mushroom/mozzarella bake.

I can’t tell you how many meal variations I’d have to make for one sitting…only for most of it to end up rotting in the refrigerator and eventually in the trash because we don’t like eating leftovers.

But nothing is more infuriating than cleaning up after a meal that no one eats and then seeing them all binge on chips or candy five minutes after they turn their ungrateful noses up at a meal that took two hours to cook. And I don’t know how not to take it personally. I seriously think they do it JUST TO PISS ME OFF. Go ahead, KAREN, RAYMOND, VINCENT, SPENCER! You try cooking for a bunch of snot-nosed kids whose main function in life is to make their mother’s head explode. Is it just me?! It can’t just be me.